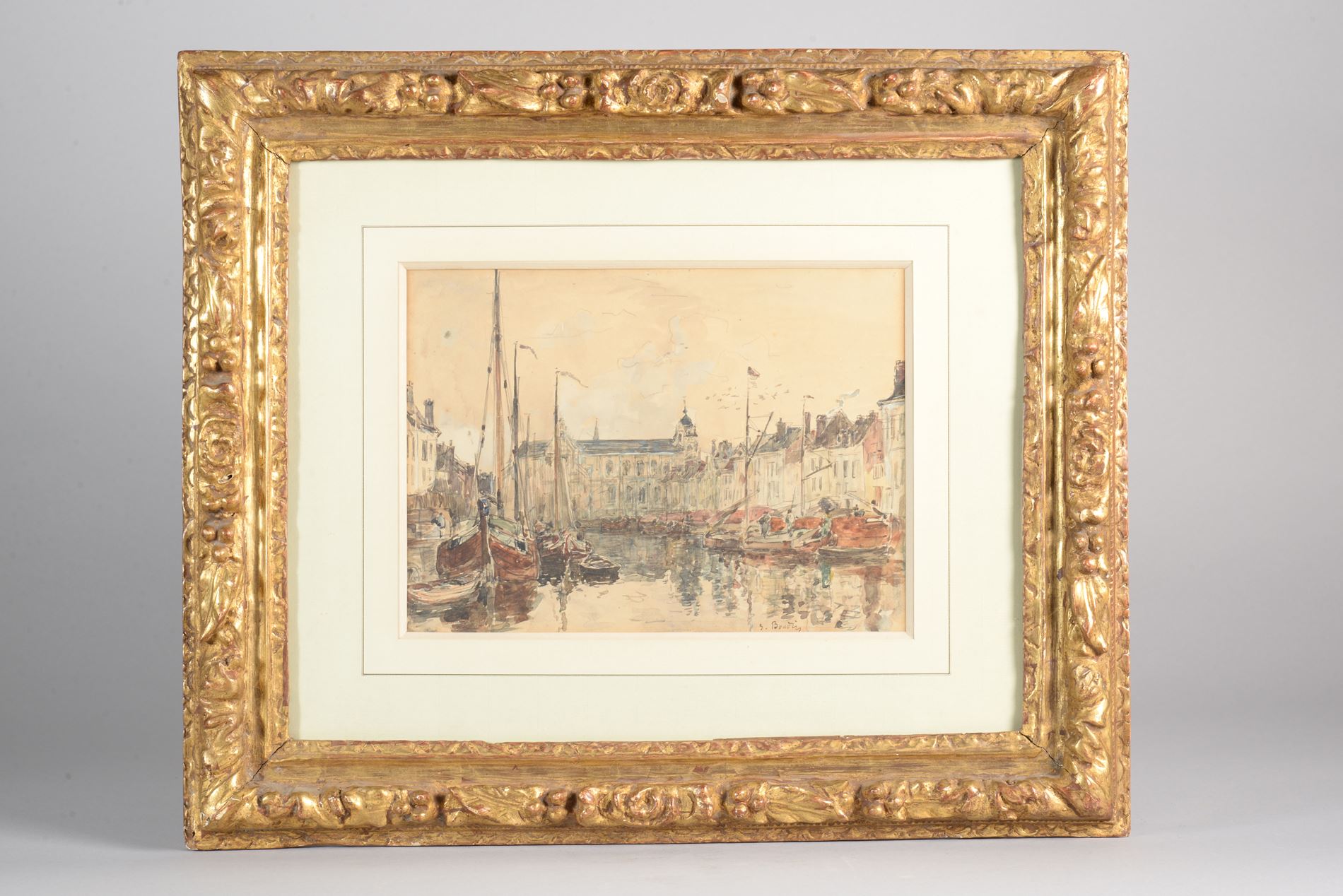 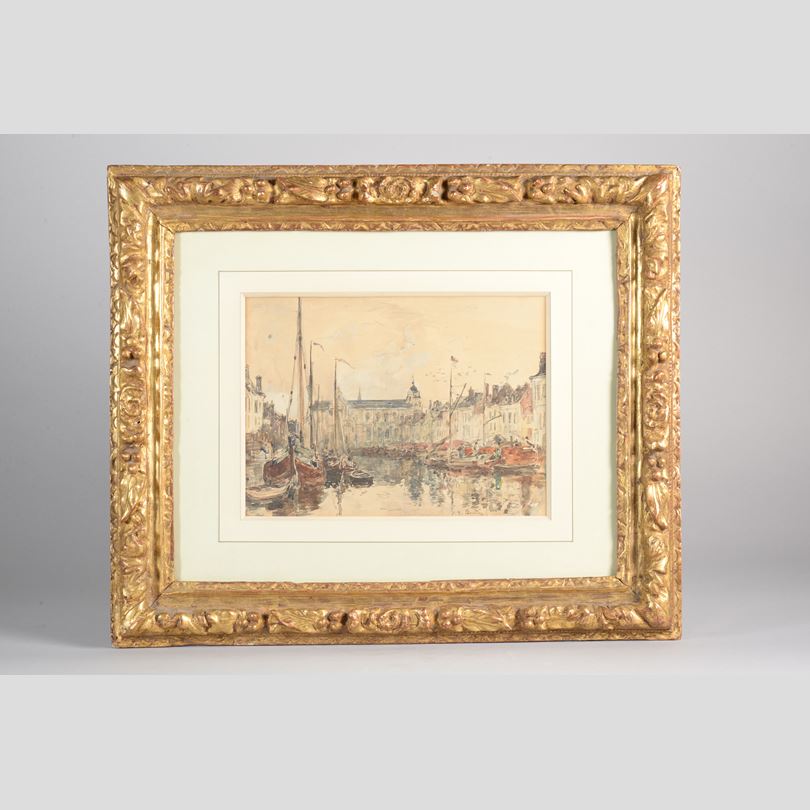 Eugène Boudin was born in a family of sailors in the port city of Honfleur. From an early age he accompanied his father on the family boat, but his career as a sailor was quickly shortened when he failed to drown. He was then sent to Le Havre to continue his studies. He entered a paper mill as a clerk to open his own sign in 1844. Spending his time to draw since his childhood, he decided to decorate the front of his shop with canvases by regional painters.
1850 was an important year in Boudin’s artistic career; the Société des Amis des Arts de la ville du Havre purchased two studies from the young painter and he obtained a scholarship from the city of Le Havre to study painting in Paris for three years. However, on his return to Normandy, he produced only a few canvases, sketched landscape studies of the region and continued to exhibit at the Société des Amis des Arts de la ville du Havre. In 1857 his first Parisian exhibition took place. From 1858 he educated the eye of a certain Claude Monet by offering him to accompany him during his open-air work sessions. Very soon after he exhibited for the first time at the Académie des Beaux-Arts, where he was noticed by Baudelaire.
However, in 1861 Boudin left his native region again for the capital, hoping to make a fortune there. Unfortunately, Paris was hardly more favourable to him and the painter returned to Normandy, to Honfleur. In the years that followed, he made several trips between the capital and Normandy, torn between his fascination for the Norman landscapes and the effervescence of Paris.
In 1870 Boudin was finally successful and received three important commissions, including that of a Belgian businessman M. Gauchez. At the dawn of the Franco-Prussian wars, the exchanges, whatever their nature, are becoming more and more difficult and the latter invites him to join him in Brussels to carry out the exchange of the canvases and the money due. It was during his brief stay in the Belgian capital that Boudin would have realized our model.

In 1875, Boudin exhibited alongside Cézanne, Degas, Monet, etc during the first exhibition of the Impressionists.
In 1888, the painter received an unexpected visit from Durand-Ruel, who bought all his paintings from him and commissioned certain paintings to be presented to his American collectors. The consecration came in 1889, when he received a gold medal at the Universal Exhibition celebrating the centenary of the French Revolution. It followed a last decade when he produced a lot and visited Venice, that he dazzled her.

The end of the Second Empire and the Commune pushed many artists to flee France, like Carpeaux, Rodin but also Boudin who left for Belgium in 1871. Friend of the Dutch painter Jongkind who understood his aspirations, Boudin discovers landscapes that inspire him with these changing skies. He arrived in Brussels in 1871 then visited Antwerp before going to the Netherlands in 1873. Our drawing represents the Brussels trade area, which has now disappeared. The composition chosen by Boudin highlights the reflections of the sky and water as well as the few coloured touches brought by the hulls of the boats.
This study was exhibited in a retrospective dedicated to Eugene Boudin in 1979 at the Kunsthalle of Bremen.