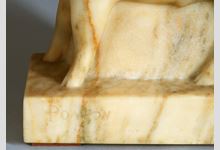 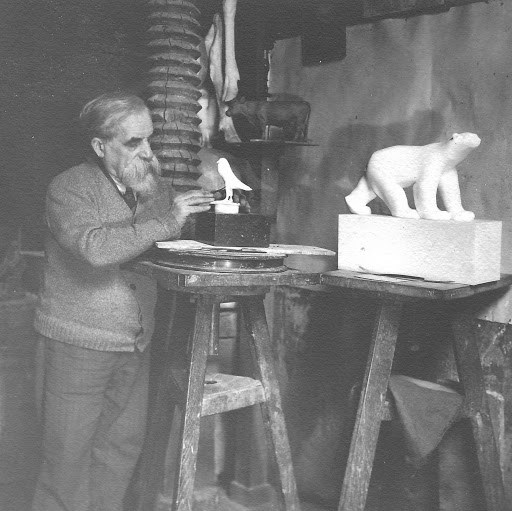 Pompon approached his porcine series including Piglet, Pig and Sow, by creating some small studies in 1908, very early in his oeuvre of animal sculptures, to which he devoted himself beginning in 1906 at the age of 51. However, it was only after the First World War, during the extraordinary proliferation of his menagerie, that he sculpted this Piglet in two definitive states, with the ears either covering the eyes or not; and in two definitive poses, either the “antique position” or the “contemporary position”, with the feet spread out.

The edition of Piglet was one of Pompon’s most limited. There exist only three artist’s casts in bronze, all with the contemporary pose and all cast by the Valsuani foundry. These three are also all housed in public French collections.

In addition, Pompon created two examples of this subject in marble: one in a light yellow stone in the antique pose, which he carved himself; and a second for his friend Sandoz, in black Belgian marble, which he entrusted to an artisan.

This example is thus the only one to have been sculpted directly by Pompon. The marble suits the subject perfectly, and underlines the influence of antiquity in the artist’s oeuvre. Pompon nevertheless managed to create a realistic piece, one that has more in common with a portrait than a representation of an idealized pig. The vibrations in the marble around the eyes suggest a modern work, which can be dated to approximately 1925. 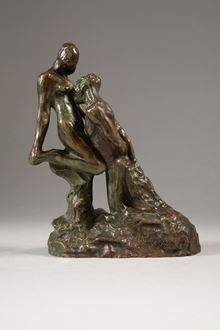 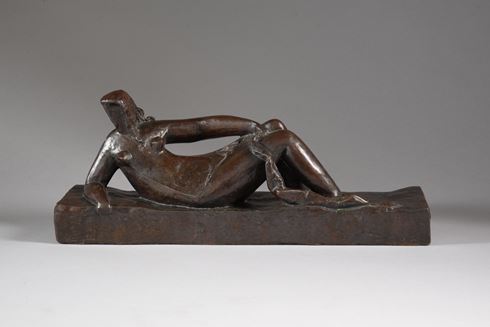 FEMME COUCHÉE A LA DRAPERIE (circa 1925) 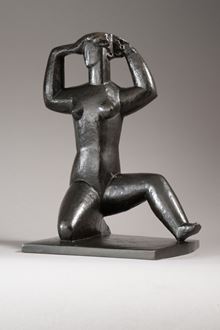